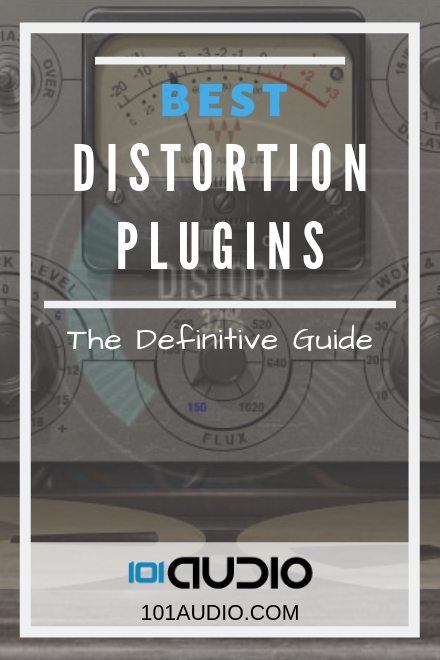 Which are the best Distortion VST plugins you might ask?

Currently, there are so many fx plugins in different shapes and forms.

With that in mind, the chances are that it can be overwhelming to choose the best products out there.

The plugins we have listed add musical warmth and cohesion to your mixes.

So, to help you with the selection headache, here’s a list of recommendations. 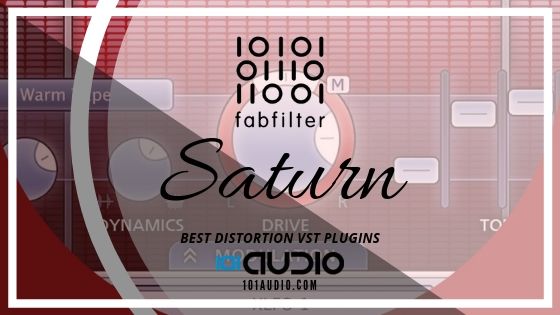 The FabFilter Saturn is simply another powerful multiband distortion plug-in.

So what are some of its standout features?

First, it is defined by an easy-to-use interface which requires little investment in time and effort to get results.

And if all the above aren’t as convincing- then the high-quality presets (unique per component) inspired by vintage tape saturators, tubes, and amps and more will. 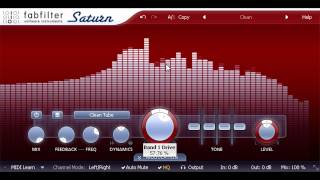 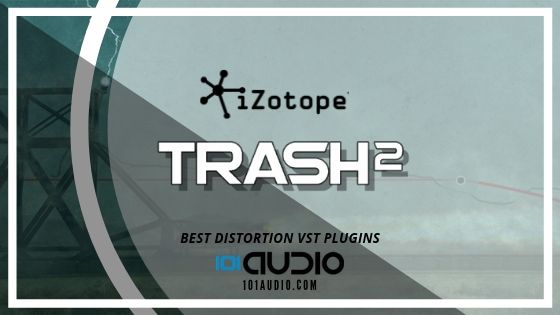 Until now, iZotope Trash 2 is one of the most comprehensive distortion tools in the market.

Coming as a one-stop platform for distorting, mangling, and transforming sound, it harbors incredible power for complete sonic transformation.

So what’s its secret?

Whether you want to treat your low-end with some punch or escalate you're high-end, it gets things done.

Besides, it works on anything you throw its way: talk of guitars, basses, drums, synths, pads, and more.

All this go a long way to ensure sound designers can rejuvenate, shape, and customize their tracks to suit desired flavors. 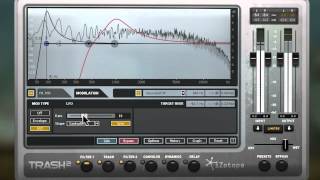 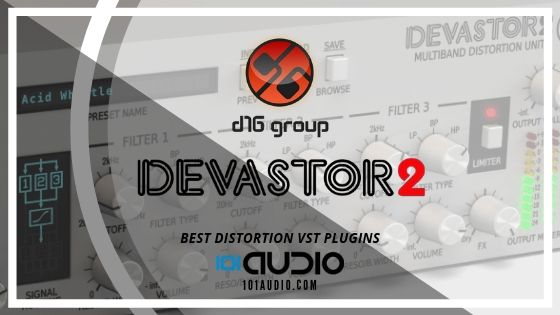 Are you looking for an advanced and versatile multiband distortion tool?

Want to add a bit of sizzle and intensity to your mixes?

That’s just what the Devastor 2 by the D16 Group is designed to help you achieve.

Want to know how?

To begin with, Devastor 2 is made up of four basic components, namely the dynamics-flattener module, diode-clipper distortion, three multi-mode filter sections, and an optionally activated signal limiter.

As a result, tweaking the frequencies of various sound ranges and making the sound deep or otherwise comes thoughtlessly.

Of course, this seems simple, but it’s the full-range multiband processing that increases sound transformation possibilities.

Other than that, you'll appreciate up to nine arrangements for linking its filters and diode-clipper.

This way, the filters can process the signal freely either after or before it's fed into the diode-clipper.

You have some topologies that allow filters to function alongside the clipper, which greatly enhances possible mixes.

Most of all, Devastor 2 can serve well in mangling a wide array of sounds.

From making sounds dirtier and dynamic to bettering the timbre and character and making the warmth and detail more profound, you can get it wrong. 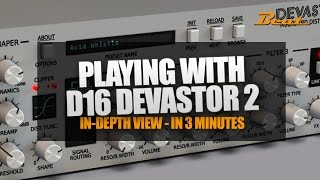 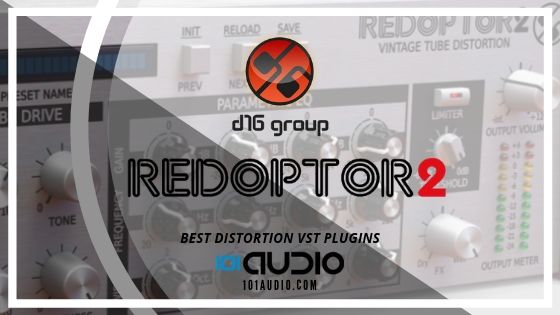 Another creation of the accomplished D16 team, Redoptor 2 stands out as a vintage tube distortion unit for many reasons.

In the first place, it features a new level of refined emulation.

Well, it captures the feel of tube saturation and analog circuits with an unprecedented of level realism.

That aside, it features a 4-band parametric EQ which accordingly allows matchless control over distorted sounds.

And you know what?

Similarly, it can keep all the dynamics in check thanks to the responsive compressor and master output limiters.

Unlike other alternative units, here you can tame overdriven and distorted tones smoothly and naturally without compromising the liveliness.

In short, anyone would perfectly be home with the Redoptor thanks to the responsiveness and richness of harmonics it can bring to their sounds. 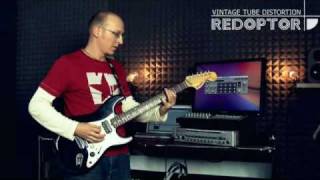 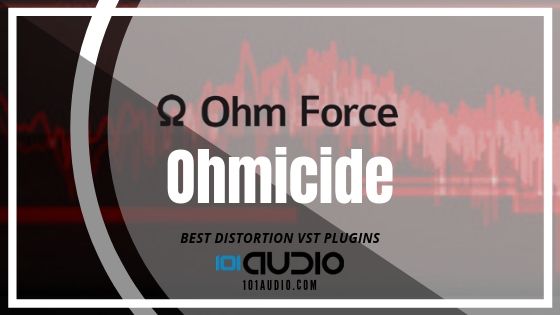 Now, this is interesting.

Such an odd name, but guess what?

There's more to it. Let me explain:

Very well, the OhmForce Ohmicide isn’t about killing your sound literally but does more beyond your typical distortion plug-in.

At the core of Ohmicide are four frequency bands designed to allow breakage of signals into distinct groups.

In essence, it processes each band as well as manipulating other parameters such as dynamics, distortion, or feedback independently.

In the same vein, this plug-in offers a variety of distortion models, to be specific over 80 of them.

So it provides adequate ways to distort any audio source.

Don't forget- it has dozens of presets for all who need the inspiration to get things started.

But perhaps the best part is the Melohman technology optimized to provide playability and human-like liveliness.

The feature makes it easy to make use of MIDI controllers to trigger preset changes in up to 7 different modes.

To top it off, you have the advanced 3D skin interface which makes control simple and fun too. 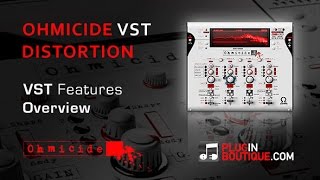 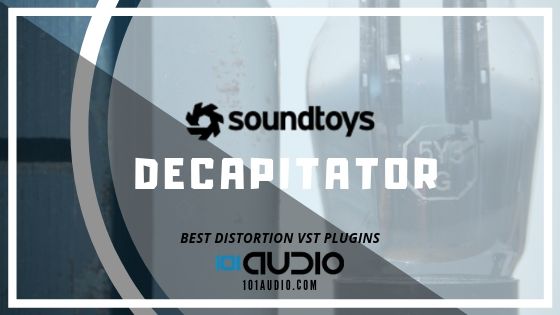 If you are wondering whether this has anything special, this will be worth your time.

In no certain terms, the D16 team Decapitator can best be described as the ‘bad boy’ of analog saturation modeling.

For one, it delivers excellent sound within a sleek interface with very intuitive controls.

More specifically, it avails five distortion models offering distinct ways to incorporate character to every audio signal that passes through it.

Even better, it features a modeled tone control for tweaking the overridden sound.

It has mix control and a unique Punish button for parallel signal processing and giving sounds a bit of punch respectively.

That means it performs exceptionally well when it comes to capturing the aura of any hardware.

And as a matter of fact, you can notice very gentle changes as it reacts to approaching signals.

All in all, you can try it on vocals, drums, guitars and whatever else that speak its language. 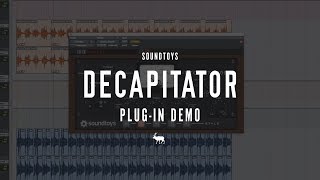 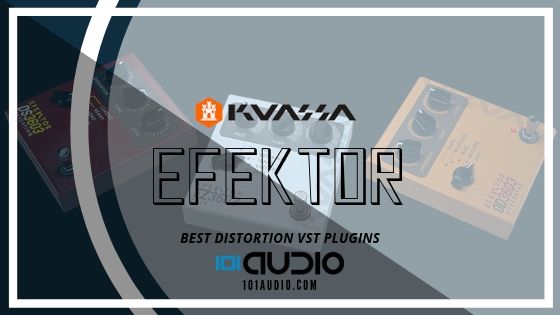 Generally speaking, the Efektor bundle by Kuassa is essentially over thirty most wanted effect pedals harmonized into three great packs.

And unlike most alternatives, here all the parameters have been reconciled into three uniform knobs beside one dry-wet knob per pedal.

Again, each unit has five distinct effect models to cater for profoundly wished for tonal characteristics.

Along with the above, the series features Gain, Tone, and Output volume controls, A/B compare buttons, up to eight times oversampling, and the bypass switch button to allow responsive manipulation. 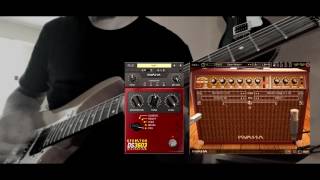 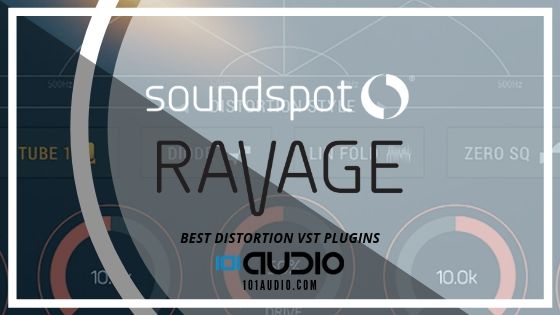 Honestly speaking, you can never say you’ve had enough of distortion flavors until after trying this out.

By and large, D16 team Ravage brings with it a fresh dimension of flexibility with a wide variety of distortions to add life to sounds.

You only need to select a preferred kind of distortion, and the self-functioning modulation system kicks in to grant limitless modulation lanes.

Wow! Is there anything this cool?

In addition to that, it has the Drive control to push the signal harder through the processor as necessary.

And if you need to tame any audio signal, you have the handy Destroyer parameter to do that.

Ravage also has high- and low-pass filtering as well as in/output gain to customize responses.

Let’s not forget the Dark/ Bright slider for weighing a distortion’s energy.

From here, you can animate your distortions thanks to heaps of user-definable modulations.

Similarly, you can draw your own modulator shapes and customize an LFO’s movement much to your making.

Other notable features include Auto output control, behind the scenes oversampling and so much more. 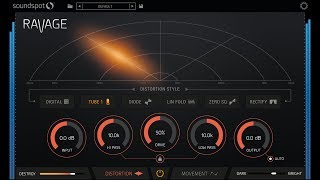 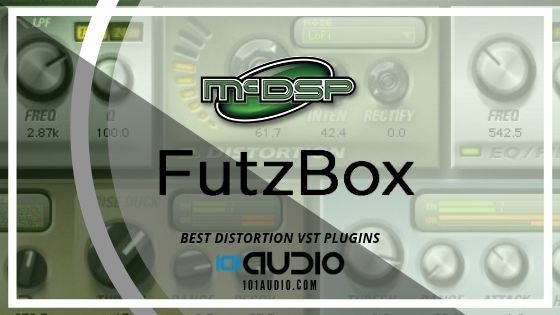 Want to know the secret?

Well, it combines an ingenious Impulse Response (IR) processing with a pleasant range of bit crushing, distortions, a flexible noise generator, a hyper-sensitive gate, and dual-precision filtering to give a nice variety of low fidelity (Lo-Fi) audio signals.

It means a complete sonic transformation of distorted audio can be achieved in real-time through simple mixing.

And I should mention- the IR takes the form of readily adaptable Synthetic Impulse Models (SIMs) which allow more accurate modeling in optimized formats.

Other than that, FutzBox seven Futz sections or library of SIMs are organized into thirteen banks to match different devices.

Think of headphones to televisions, radios, speakers and the likes.

Each is designed uniquely, and there's a Tune control to help adjust sections of its algorithm to give different effects depending on the SIM.

Overall, FutzBox is by all standards a worthy investment for post-production mixers and sound designers looking for a little extra from their plug-in. 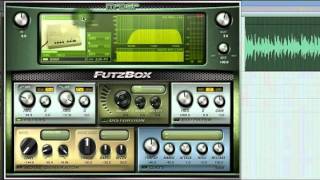 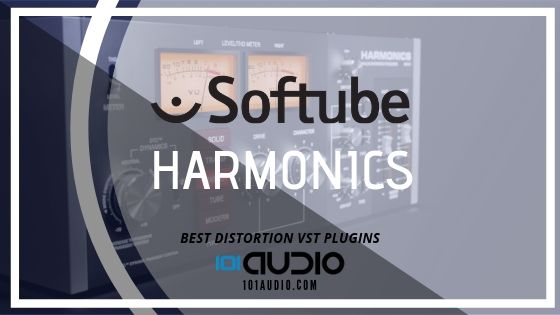 To say the least: Softube Harmonics is an accurate representation of a new approach to analog saturation modeling.

Here’s the thing, Harmonics is anchored on a five component-modeled, analog-style distortion completed by a revolutionary Dynamic Transient Control technology.

What does that mean?

Simple, it can listen and analyze the audio to ensure heavy distortion doesn’t destroy the details and dynamics.

And to make it more useful, it has high- and low-cut filters as well as a (Wet/Dry) mix knob.

In case you need to engage parallel processing, it’s well provided for.

Apart from all that, you’ll be happy with the included presets, THD for fine control for more subtle saturation.

Overall, this is by far a reliable weapon if you need a bit of distortion edge in your guitar, basses, or any other audio. 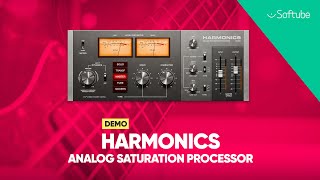 So there you have our list of recommendations that can help distort your sound for the better.

While it isn't exhaustive, it highlights great distortion plugins worth including in your sound design toolkit.

So you can go out and level up your music like never before. 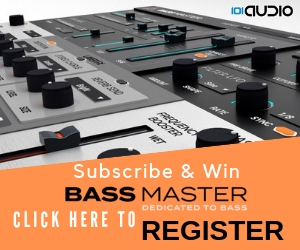